Before there was Leonardo’s Bride, before the pandemonium of chart topping success, before there was even internet, Abby Dobson & Dean Manning were just two crazy kids with a dream, travelling around Europe and America playing their music. Now, after sixteen years, Abby and Dean are reuniting for a few special shows, playing a selection of their favourite Leonardo’s Bride songs, and we are thrilled that The ARTSLAB Upper River Hall Kangaroo Valley is one of those shows!

Abby and Dean have both played at the Upper River Hall previously – Abby with Baby et Lulu for our French fundraiser in 2012 and Dean with his band Holidays on Ice in 2015. They couldn’t wait to get back to our beautiful valley to share more of their music at one of our intimate Harvest Lounge music events, which are co-productions between The ARTSLAB and Harvest Recordings.

There would not be too many people who don’t know the Leonardo’s Bride mega-hit ‘Even When I’m Sleeping’ which won APRA Song of the Year in 1997 and has continued to weave it’s way into the backdrop of people’s lives and stories ever since. What you may not know is how many other beautiful rich songs they have in their catalogue.

So do yourself a favour and come and hear some of them, on Sunday 31 July. It will be a wonderful afternoon of intimate music and there will be a bountiful harvest supper table for you to share and enjoy before hand (which is included in the ticket price).

The show will start at 4pm, but the hall will be open and food will be available from 3pm (so come early so you don’t miss out!) And remember to BYO drinks!

THE HARVEST LOUNGE IS A CO-PRODUCTION WITH HARVEST RECORDINGS 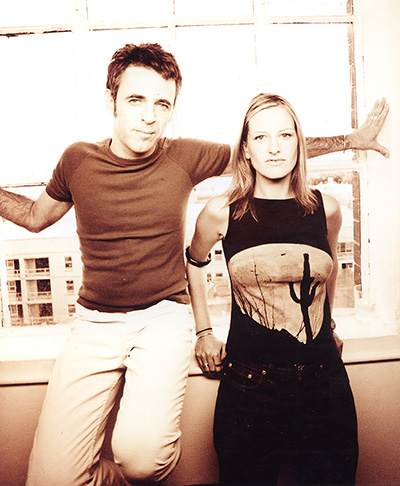